Everyone knows that the opening ten pages of your script are the most important because whoever is reading your script, be it a gate-keeping script reader at a production company, a potential director or a Hollywood A-lister, they are making judgements and having an instant reaction to the material.

I recently ran a competition in association with the London Screenwriters Festival for which applicants had to submit the opening ten-pages of a script. It was a real joy to read well over a hundred entries, right across the genre board and each with a different tone and style. However, the problem that seemed to occur most frequently was that those ten pages didn’t raise any questions or propel me in any way to keep reading.

You might think that unless you’re writing a thriller you don’t need to worry about hooking your audience but nothing could be further from the truth. Whatever genre your script is, it’s your job to keep your reader hooked, just as the finished film must keep its audience engaged from one scene to the next. How you do it will vary enormously from genre to genre and will depend upon your style of writing but if want to keep your reader/audience you need to find a way to make them want to know what happens next.

Of course, in the traditional hero myth this early hook is a fundamental part of the story structure and is what makes us want to know the rest of the story. We meet a flawed hero, s/he is called to action – even before we set off on the quest we are made to ask the question, will our hero accept this call to arms? When they do decide to take on the challenge we’re propelled forward by seeing the hero face an obstacle to their goal, making us ask both ‘will they overcome this?’ and ‘how will they overcome this?’. In overcoming the obstacle in front of them (answering that immediate question), a new obstacle emerges/is created, posing another question. And so on…

Thriller, Action, Adventure and Mystery are all genres that are obviously structured in this way, clearly raising questions and in answering them posing another.  Recent thriller box-office hit ‘Jack Reacher’ is a great example of an opening ten minutes that raises question after question, propelling us forward and keeping us engaged. Someone (his face unseen) positions himself with his sniper rifle and kills a number of people. Right off the bat we’re asking ‘Who is he?’ and ‘why has he done this?’.  The police quickly arrest James Barr and we wonder ‘have they got the right man?’. Then instead of confessing as they expect him to, Barr says only ‘Get Jack Reacher’. More questions – who is Jack Reacher and why does Barr want him? Then as soon as we answer the question ‘who is Jack Reacher?’ we pose a new question, ‘can the police find Reacher?’.  TV crime series work in exactly the same way – someone has been murdered and urgent questions are posed – who did it, how did they do it and why did they do it?

Adventure stories can work in the same way but sometimes you don’t want to get your protagonist onto their quest too quickly, you want to spend some time setting up their world first. You might think that if you’re not introducing your driving narrative question yet (how will our protagonist react to this adventure?) then you don’t need to worry about those opening ten pages. As long as you raise that big question in the first twenty pages you’ll be ok won’t you? No, you won’t. Scenes that simply establish a status quo are dull and do nothing to keep a reader reading or a viewer watching. 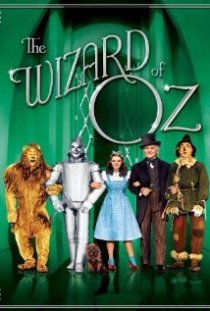 ‘The Wizard of Oz’ is a brilliant example of how, even when you’re not stating what your quest adventure is within the first ten pages, you still need to be raising questions. ‘The Wizard of Oz’ opens with Dorothy upset that Miss Gulch has hurt Toto and wants to call the sheriff. Immediately we’re asking, who is Miss Gulch and can Dorothy stop her taking Toto? Dorothy even says on page 3 “what am I going to do about Miss Gulch?”. Dorothy says she’s not afraid of Miss Gulch. Zeke tells Dorothy that the next time she sees Miss Gulch she should walk right up to her and spit in her eye (p5) thus raising another question – when Dorothy next sees Miss Gulch will she ‘spit in her eye?’! By page eight we’ve got ‘Somewhere Over the Rainbow’ and the first hint of the real question that will provide the narrative arc of the film – will Dorothy get to the place of her dreams and if she does will it be all she dreamed of? Then Miss Gulch arrives (p10) with an order to take Toto raising the same question but now much more urgently, ‘can Dorothy stop Miss Gulch taking Toto right now and if so how?’ Next we bring into play the questions ‘what will Aunt Em do?’ and ‘what will Uncle Henry do?’. The questions keep coming right up until we get to Oz and start asking new but related questions which will keep us hooked right to the end.

I’ve written before about the demands of writing in the genre of Drama and the task of hooking your audience is just as vital in this genre as it is in any other. Looking at the opening ten pages of ‘Silver Linings Playbook’ you can clearly see that each scene is designed to both establish character and situation AND crucially to raise questions. We open with Pat (Bradley Cooper) stating that he wants Nikki back – right away we’re asking, can Pat get Nikki back and what went wrong here? Then we discover he’s in a psychiatric facility so while this might answer the ‘what went wrong for Pat and Nikki’ question is poses many more questions – why is Pat here, is he coming out, how can he get Nikki back? Then we meet Pat’s mum Dolores and discover she’s taking him out against the recommendations of the doctors, which raises the question – what will the consequence be of doing this and is it wise? Now Dolores discovers that Pat has lied about Danny. Now we’re asking, how will she react and will she take Pat back to the facility? Then we go to Pat’s family home and meet his dad. We see a picture of Pat’s brother hanging on the wall and a space where another photo used to hang. We’re wondering if in that space there used to be a photo of Pat and we wonder who took it down. If it was, as we suspect, his dad, how will his dad react to Pat coming home?

As with ‘The Wizard of Oz’, what on first glance look like establisher scenes (Dorothy on the farm, Pat’s family circumstances) are actually scenes that raise questions and make us want to keep watching in order to answer those questions. In neither case have we got to the meat of the story – Dorothy isn’t in Oz, Pat hasn’t met Tiffany (Jennifer Lawrence) – yet within those first ten pages the writers have kept us hooked by raising question after question. If you can do the same in a way that works for your genre, your story and your characters then at the very least you’ll keep your reader reading and that, quite frankly, is half the battle!